This month may have started slow, but the end of April went out with a proper bang this week, delivering waves everywhere from Florida to the Mid-Atlantic to New England. But North Carolina enjoyed the king’s ransom from this swell, offering up clean head-high barrels breaking just offshore, with calm winds, warm spring air temps, and relatively light crowds savoring the mid-week beauty. Here are a few of our favorites taken in Dare County on Wednesday and Thursday — stay tuned on Monday for our full recap gallery cover April 1st-30th, up and down the East Coast. 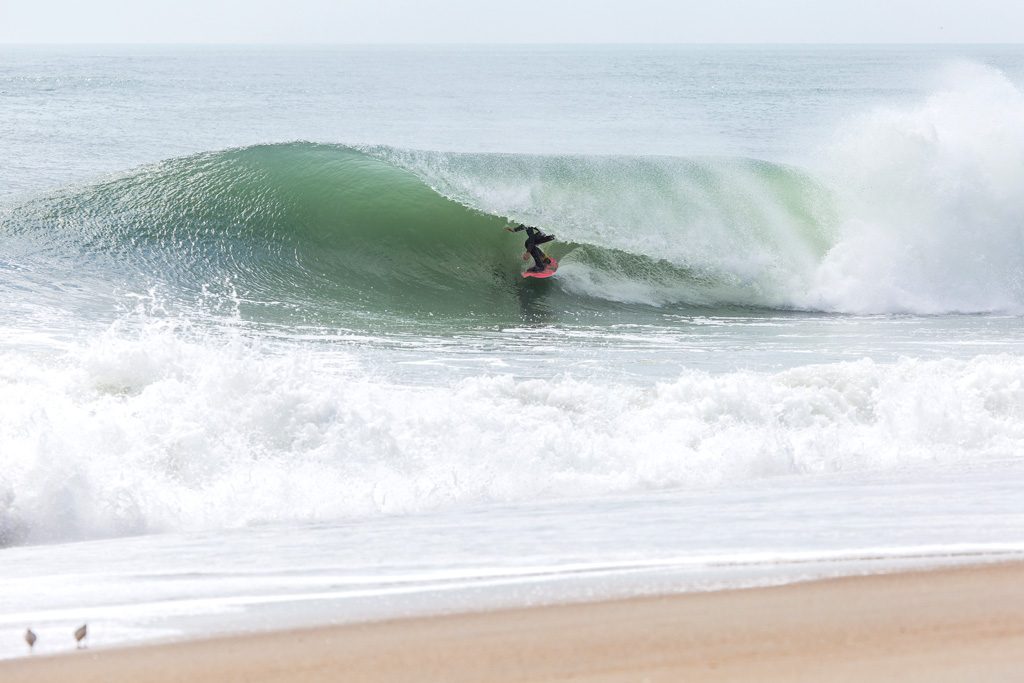 Bo knows this, and Bo knows that, but Bo don’t know jack, because Bo Jackson certainly never got barreled like that. 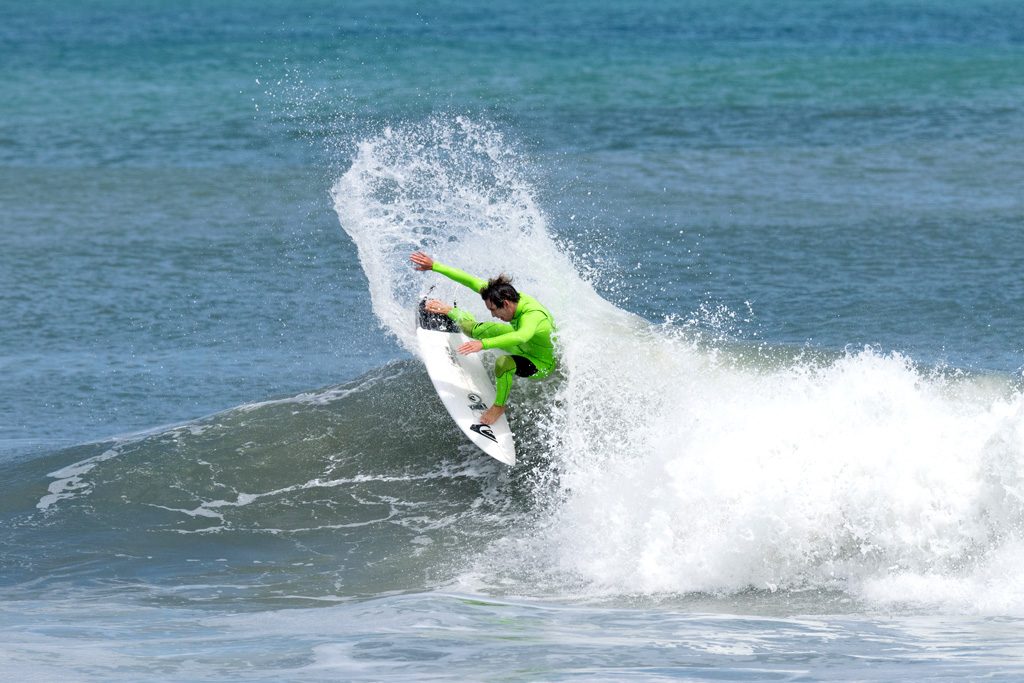 We see you, Dunphy. We see you. Then again, when you’re road tripping with Evan Geiselman and Pete Mendia, you gotta do what you can to stand out. 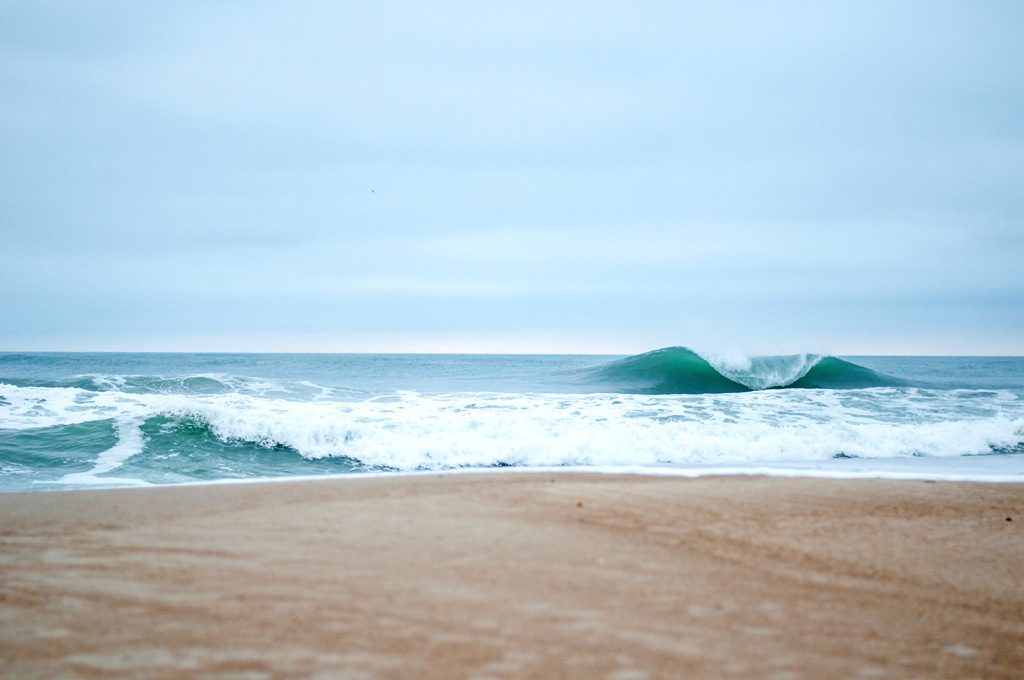 It’s a grower, not a shower. 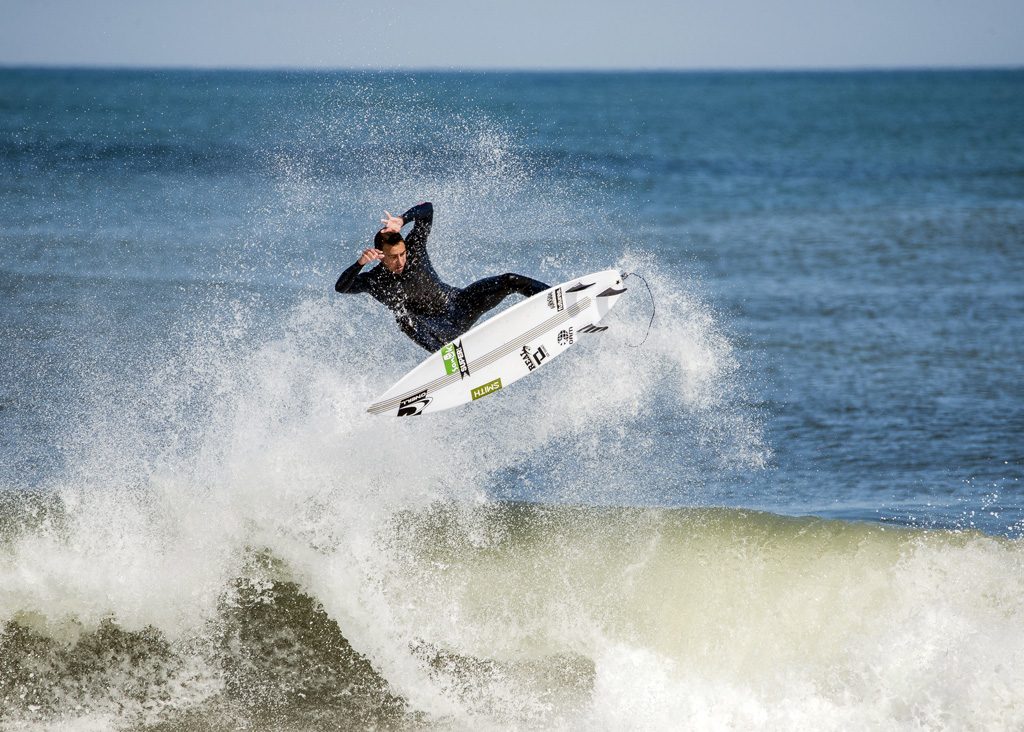 With so many seasoned pros and hungry strivers showing up along his beloved stretch of Cape Hatteras sand this week, Brett Barley just had to break free. 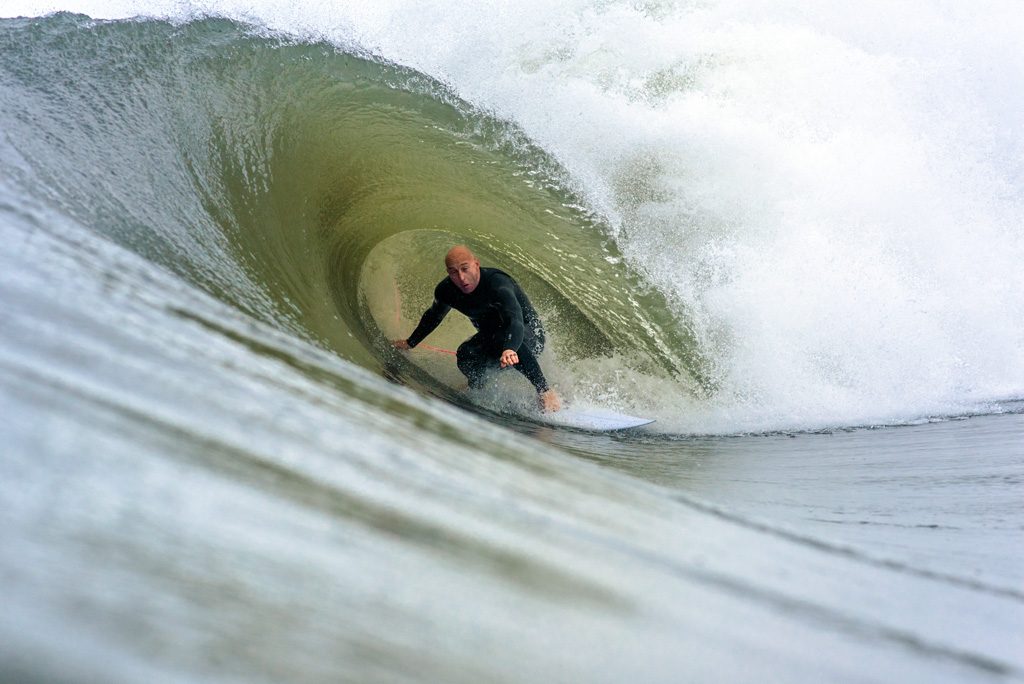 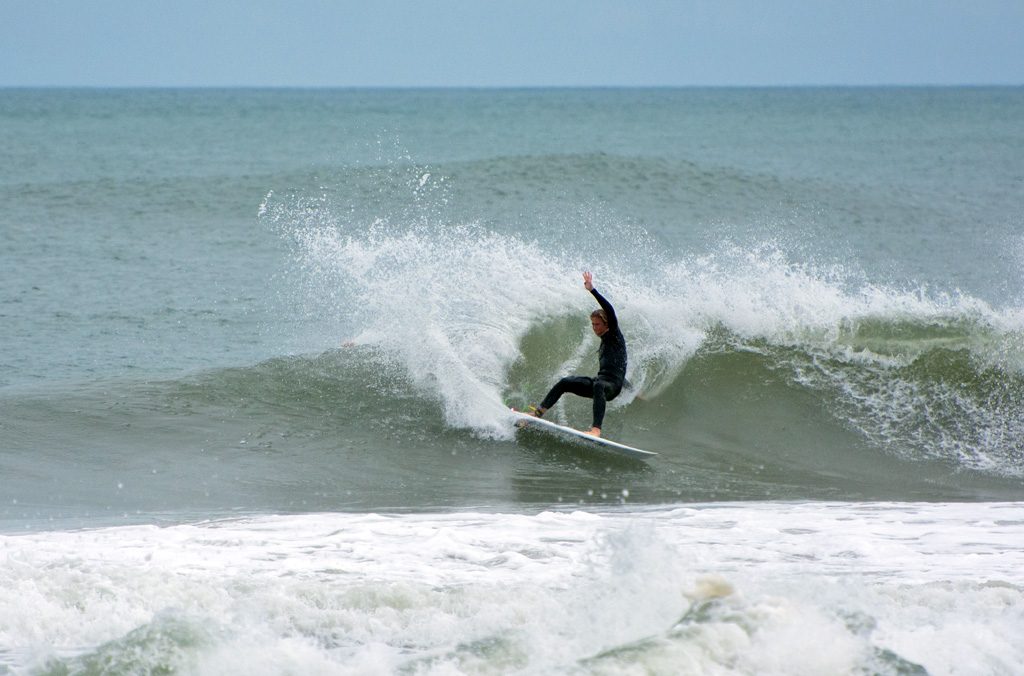 After a sunrise-to-sundown day of festivities on Wednesday, nobody expected Thursday to have much juice left. But you can’t complain about corner pockets like this on the last day of a swell. 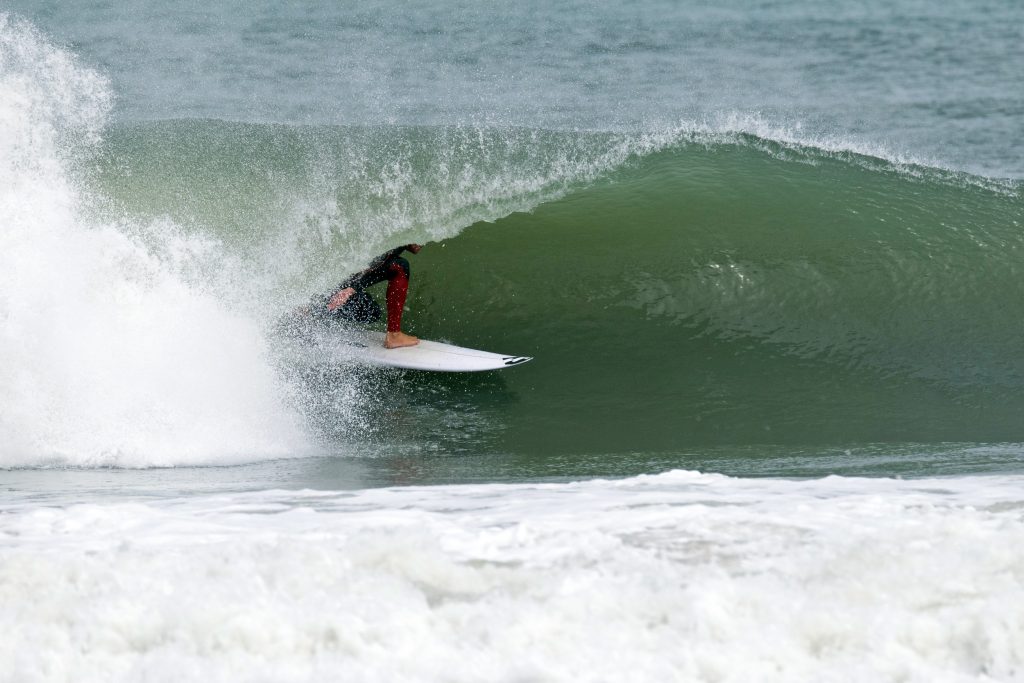 Pete Mendia is a tall man. Which means this beautiful lefthand nugget is bigger than it looks. 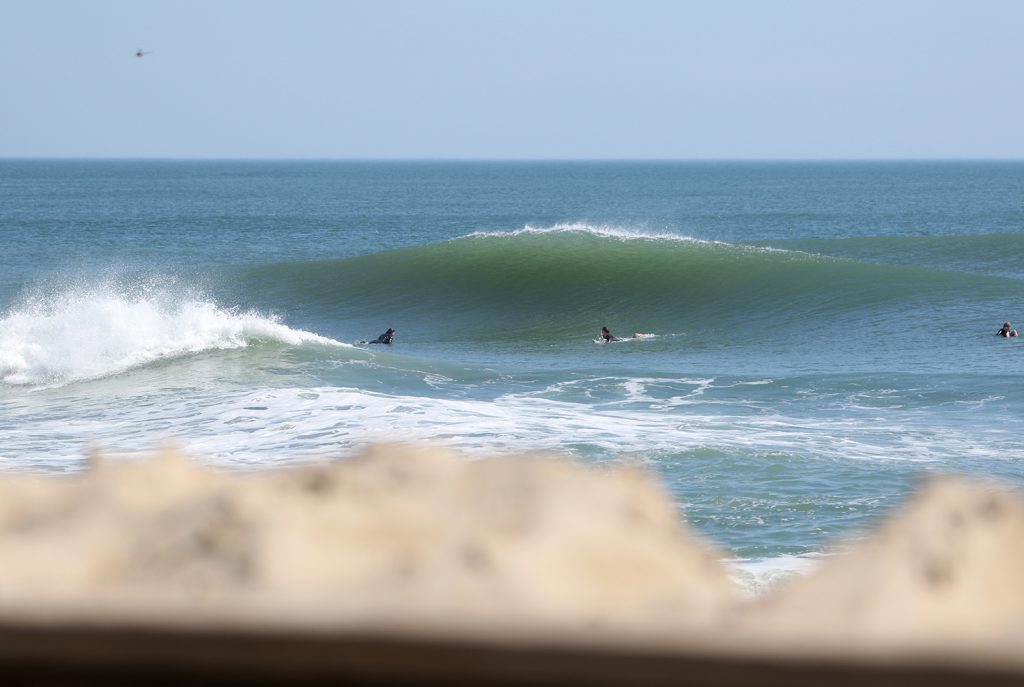 Another one from the “leftover” day — “I was greedy and surfed for most of this swell,” Woody Harris says. “I shot this the morning after when I was checking the waves before work.” 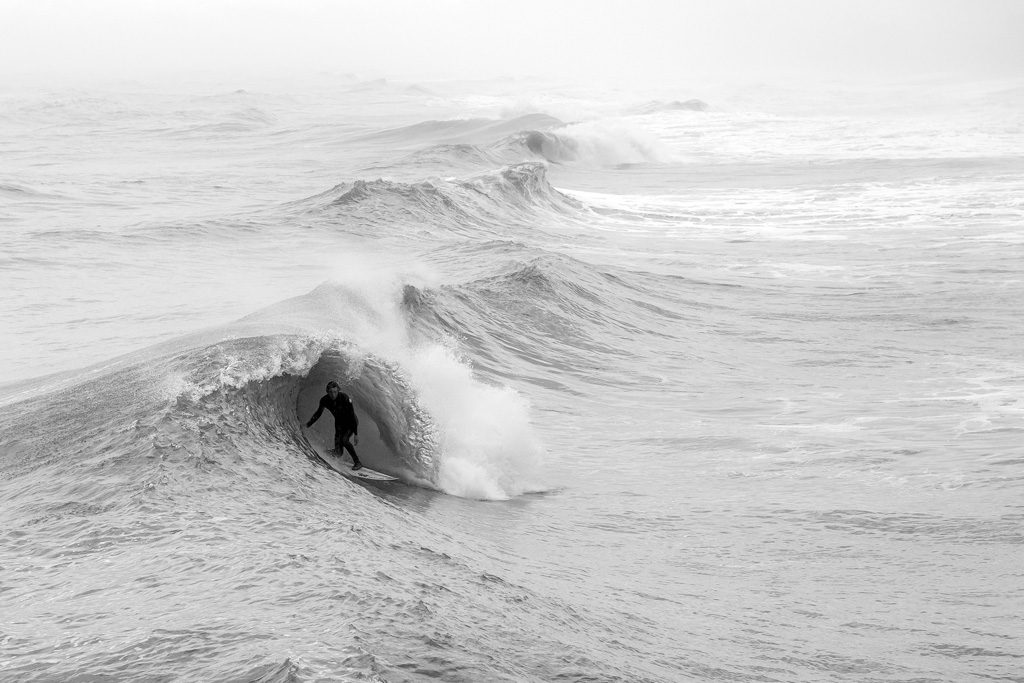 This pier angle was taken Tuesday evening, before the elements all lined up on Wednesday morning — a great reminder that perfection doesn’t just appear out of thin air. 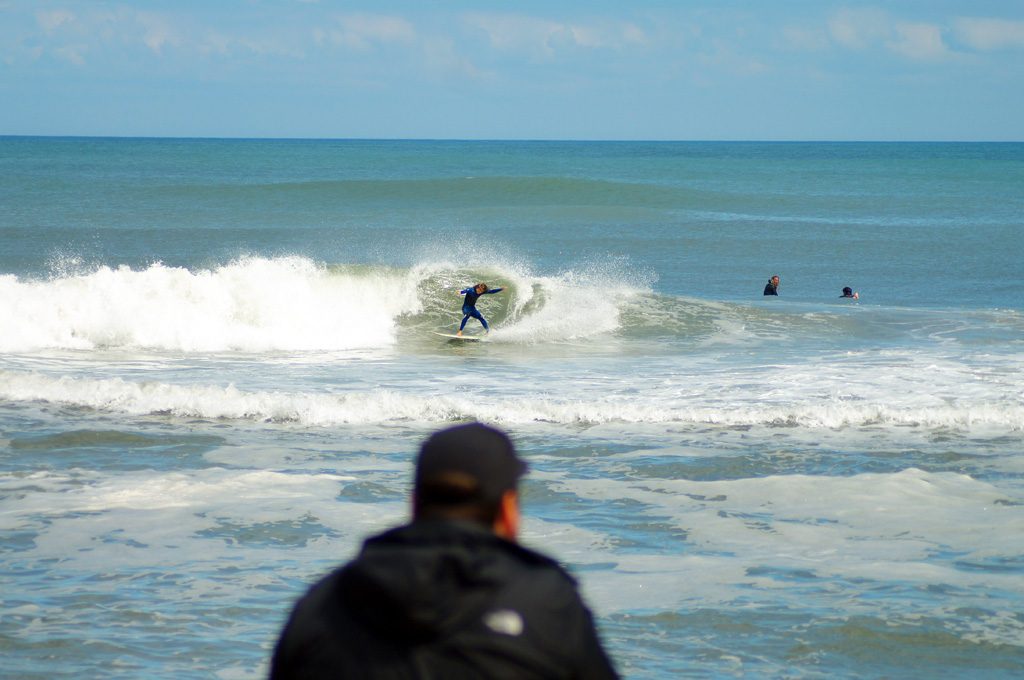 When you grow up as a grom on the Outer Banks, you’re expected to go bigger at a younger age than just about anywhere else on the East Coast. Looks like Stefan Turko is already answering the call. 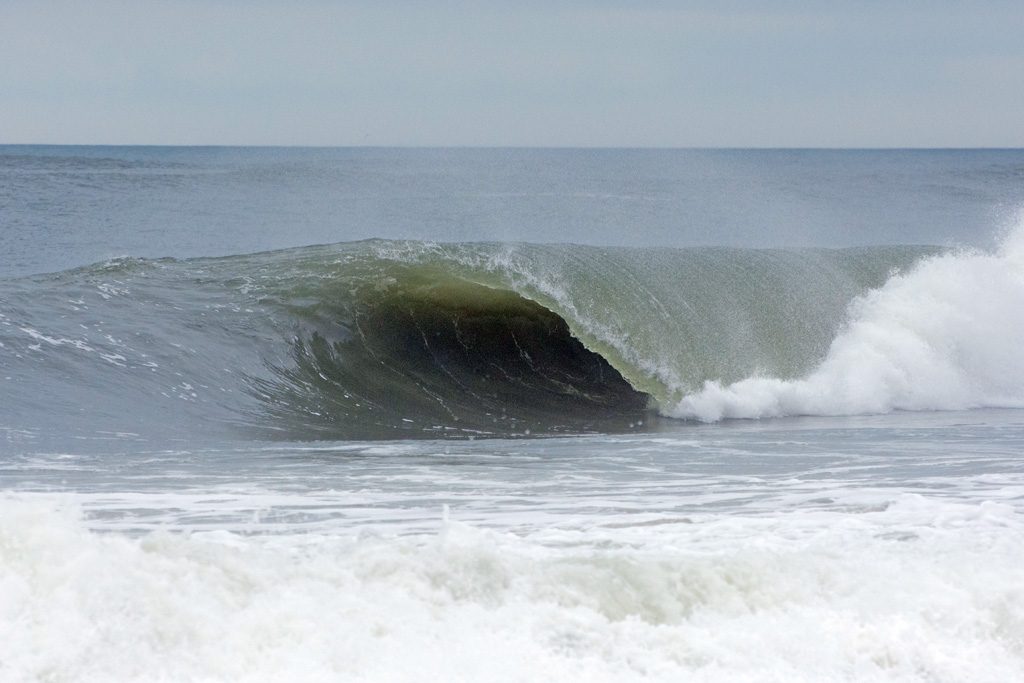 Insert yourself here, then rinse and repeat.

We should just get the “WA POW!” guy from Tosh.0 to soundtrack Evan’s demolition of this righthand pocket. Those are World Tour-level skills right there. 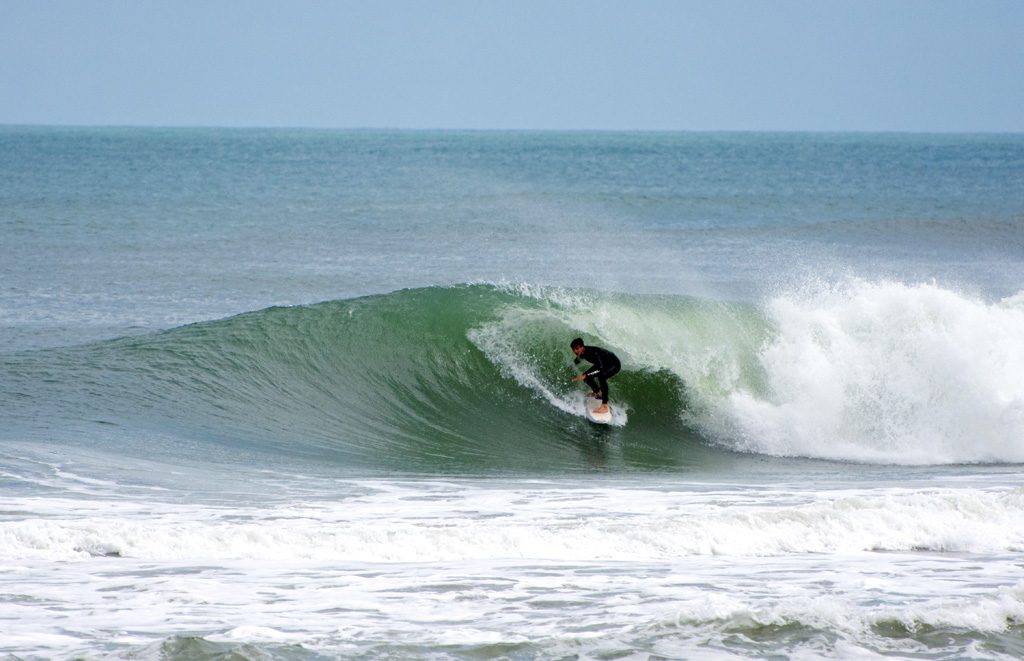 Not huge, not heavy, and not that consequential — but still, does it get any better than this? 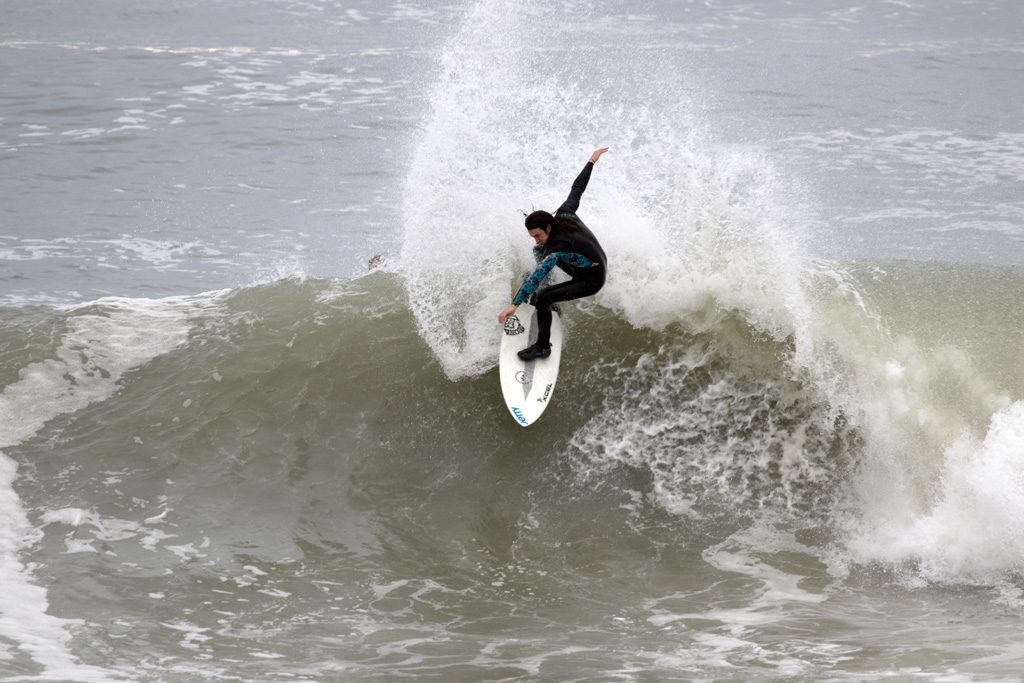 This bumpy face offered up more trouble than he expected, but Ryan Leopold still navigated it with ease. 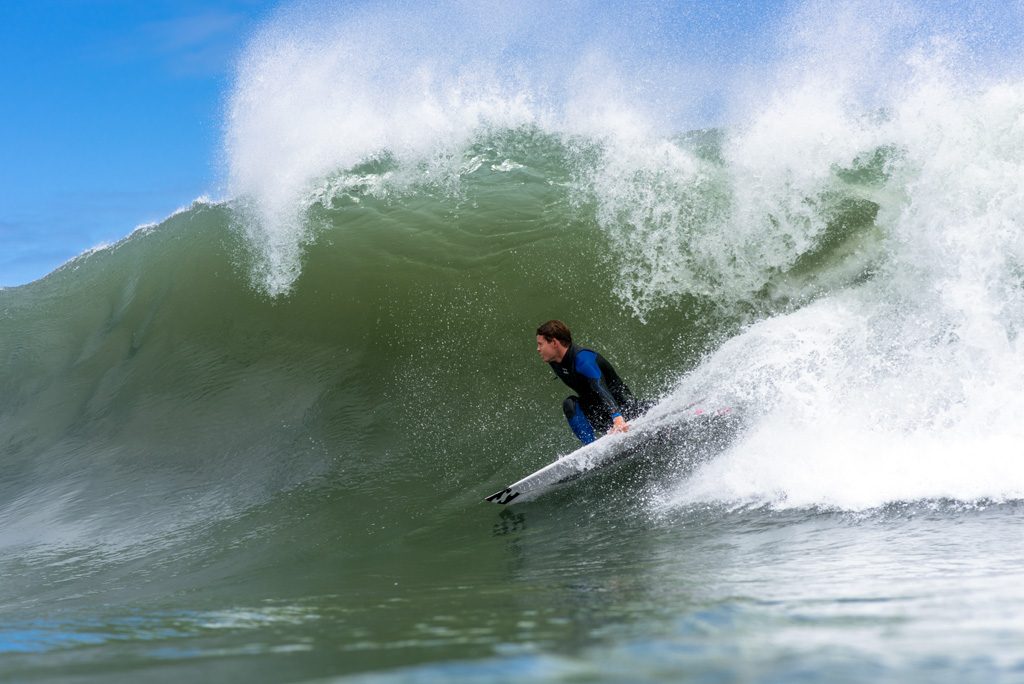 When waves this perfect break this close to shore, sometimes you just have to grab your rail and go. 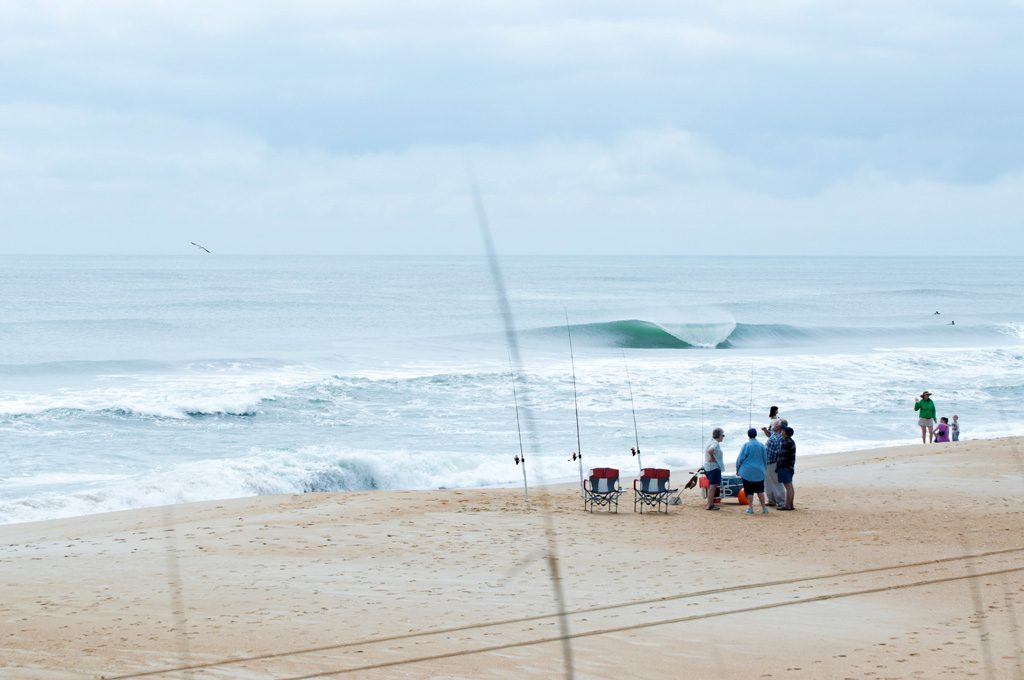 Not a bad way to cap off the work week, with crowds at a minimum and the view a straight-up stunner. Stay tuned on Monday for a full recap of all of April’s waves.